Scott has been a Two Blues Board Members since 2018 and is the Managing Director of Rogan Consultancy. He is a former Senior Detective with the NSW Police Force and holds a Qualifications in Investigations, Cyber Security, Policing, Intelligence and Counter Terrorism, Sport Coaching, Corruption and Integrity Management.

Scott is a Director with the NSW Independent Commission against Corruption, Australia Commission Law Enforcement Integrity, and MacKillop Family Services.

Scott is a former Two Blues player from the early 1980’s and is a Former President of the Hawkesbury Valley Junior Rugby Club and the NSW Rugby Union (Referees). He is also a current active Umpire for NSW Cricket Umpires and Scorers Association, umpiring in Sydney Premier Cricket. 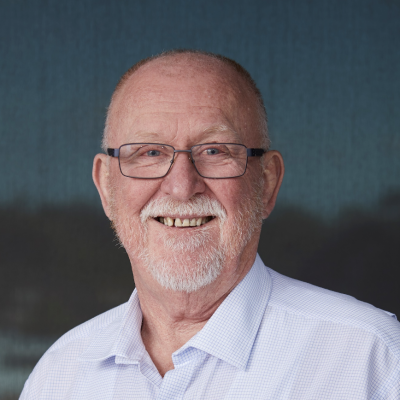 Greg has been involved with the Club as a player, manager, coach, and director since 1974. He is a Past President and a life member of both the senior and junior clubs.

Greg has over 30 years’ experience in senior accounting and finance roles and became Chief Financial Officer of Royal Wolf in February 2011. He joined Royal Wolf in March 2002 in the role of Financial Controller. Greg has been a Director and Company Secretary of Royal Wolf legal entities in Australia and New Zealand since January 2010. 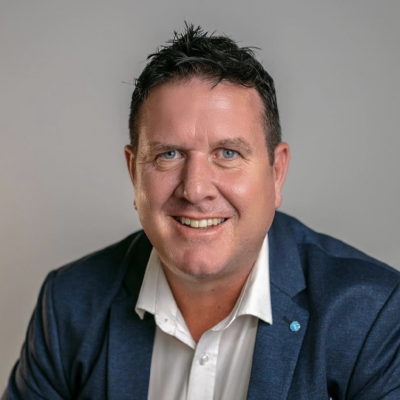 Currently a Licenced Real Estate Agent at Merrick Property Group, Shannon has enjoyed a successful and diverse career in both Government and the Private Sector. He has constantly been driven to improve his knowledge through continual self development and further Education.

Shannon served almost 13 years within the New South Wales Police Force. During this career, he worked in a number of varying fields including as a qualified Detective, working on major crime investigations in Western Sydney including major Strike Force Investigations on major criminal enterprises. He was awarded two Regional Citations for Bravery during his Service. Shannon has also worked in the Retail, Wholesale, and Hospitality industries working his way through the Executive Business world to Group CEO which includes extensive travel around Australia, New Zealand, South Africa and China.

Shannon is married to Cheryl, had two children names Madison and Jackson, and has always resides in Western Sydney. Geoff studied law at Sydney University and was admitted to legal practice in 1977. Since then Geoff has worked at senior management levels in the NSW public sector, and in the school and tertiary education sectors; as an independent consultant providing management advice; and in the legal profession, where he currently works as a consulting lawyer in the Stacks Group. His experience includes industrial relations litigation, property and leasing, commercial and administrative law advice, and workplace law.

Geoff joined the Board of the Parramatta Two Blues in 2000, having been involved with both Parramatta and Penrith Rugby clubs while working at the University of Western Sydney in the late 1990s. He was President between 2010 and 2013; and on the Board of the Sydney Rugby Union from 2009 to 2014.

Outside work, Geoff is married with two children and two grandchildren. As a hobby he plays hard rock, on ukulele with Led Ukz, and on guitar with the Burglars of Blues. Peter is a passionate Western Sydney Two Blues Board Member, Life Member, supporter, volunteer and ex-player who has been involved with the club since 1974. His ambition is to see the Two Blues return to the glories of his era days. He has played 168 grade games for the club, 106 first grade games, including winning the 1977 Shute Shield, which saw the Parramatta side dethrone Randwick 17-9 at the SCG.  The team was the first Parramatta side to win the Shute Shield for the club.

In 1972 Peter took up a Teachers College Scholarship at Wollongong Institute of Advanced Education abd it wasn’t long before he started playing rugby again and with the college team won the First Grade Illawarra Premiership in 1972. Peter has played first grade rugby as a flanker for Wollongong Teachers College, Parramatta, Albany Knickerbockers New York and Blue Mountains. He coached the Blues Mountains Kentwell Cup team in 1997.

Peter has been a teacher with the Department of Education for 40 years in South West and Western Sydney. He was a principal from 1996 until 2013 at Ingleburn North P.S, Hilltop Rd P.S and Rouse Hill P.S. Besides rugby, Peter enjoys overseas travel and has a keen interest in owning and the restoration of vintage cars. 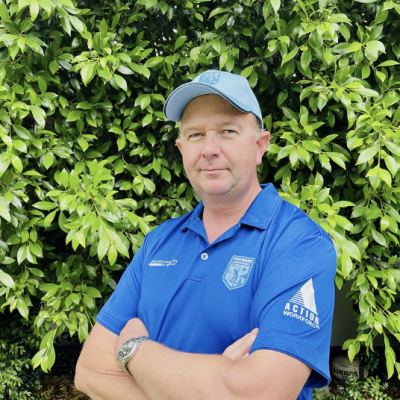 Tim’s greatest sporting love is Rugby Union, closely followed by playing Cricket, of which he played 22 consecutive seasons, usually carrying some kind of Rugby related injury into most seasons.

His greatest love began as a ball boy for the great Subbies club Hornsby Rugby at the age of 8, he finally got his wish to actually play Rugby for Normanhurst Boys High School in year 7. Tim’s passion now is for developing Junior Rugby within the district and beyond. Through Tim’s leadership, communication, and good interpersonal skills he is able to foster a great connection with today’s youth to build the future generation of Two Blues Rugby. Tim believes and creates a Rugby Family that provides a strong sense of belonging to all in the community.

Tim started coaching at his local club, Hills Rugby in 2012 when his eldest son Harrison started playing at age 5. Since then, Tim has gained his Level 2 coaching qualifications, and been an integral active part in the development of the Hills Rugby Club & Two Blues Juniors. Tim continues to coach, mentor and inspire his teams’ ambitions and goals. He wants to continue the winning success achieved at the Junior State Championship Level.

Outside of rugby, Tim is a qualified professional licensed builder with over 20 years’ experience working in the Residential Industry, specialising in high end new homes and all types of renovations with a majority focus within the Hills District and surrounds which adds convenience to get to training in the late afternoons. Tim fits Rugby into his busy life with wife Danielle who works in the Medical Technology sector. They have two sons Harrison and Cooper who both have the same passion and love for their Rugby.

When the family isn’t at work, school or footy, you may find the Shand’s deep in the bush, camping and exploring the great outdoors, or on a river or dam somewhere teaching friends how to water ski, learn some bush skills and simply having some fun in the scrub. 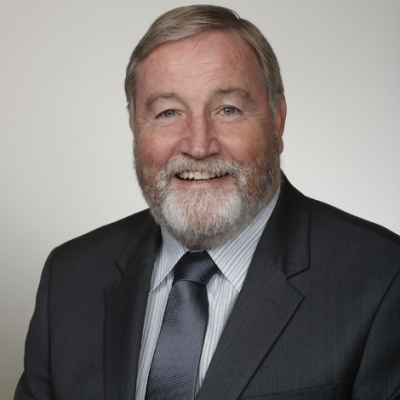 Clr Greg Cummings - Past Mayor of Holroyd and Cumberland Councils

He is an Electrical Fitter and self employed for 10 years, with over 10 years in the commercial air-conditioning industry and more than 10 years in industrial relations.

Greg has been married for over 30 years, living in Greystanes more than 20 years and, with wife Debbie, raised 2 daughters who both attended Greystanes Public and Greystanes High Schools.

Greg is President and a Life Member of Merrylands Rugby Club and an Executive member of various Park Committees. Growing up in the Hills District, Andrew played all of his Juniors and Colts rugby with the Parramatta Two Blues, before progressing into grade in 2008. Andrew went onto to play 182 1st Grade games for the Two Blues and lead the club to it’s most recent 1st Grade Finals appearance. Andrew also spent time playing in England after securing a professional contract with Darlington Mowden Park, before returning to the club and becoming the Shute Shield’s most capped captain of all time.

Upon retiring from playing in 2017, Andrew turned to officiating and went on to referee in the Shute Shield, National Schoolboy Carnivals and a Test Match, as well as assistant referee at the Commonwealth Games and the World 7s Series. Andrew was also selected for the AIS officiating scholarship program and was well respected by players across the board.

A loyal and dedicated clubman, Andrew was made a Life Member at the Two Blues in 2021.

Andrew has extensive work experience in the rehabilitation, health and disability fields, in both government and private sectors, and is currently employed at The University of Sydney.

Outside of rugby, Andrew enjoys spending his time with his partner and 1 year old daughter, who are his biggest fans. Kruger Roache was born in Samoa and moved to NZ in 1991. He studied at Auckland Grammar and Auckland University and moved to Australia in 1996. He graduated with a BSC at Canberra University then moved to Sydney in 2001 to finish his Masters in Sports & Human Physiology.

Having played rugby league and union in Auckland and Canberra, he looked for a club to play at when moved to Sydney, hence started playing for the then Parramatta Two Blues in 2002. Due to injury Kruger only played for a couple of years but then returned to Two Blues in 2018 as a Dad supporting his 2 young sons playing Colts. He currently his involvement with Two Blues as the Director of Sevens Rugby and helping out where needed.

So Kruger with his wife Martha own Roache Global and their 4 children are now very much involved in playing and volunteering for the Club. 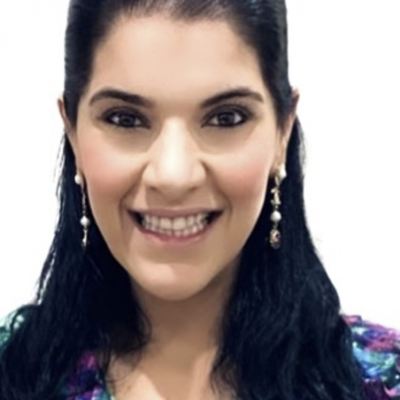 Tanya is currently the Chief of Staff to a NSW Senior Minister of Parliament and specialises in policy development, stakeholder engagement, governance and criminal justice.

She has a background in law and accounting, having previously worked at a top tier law firm and two of the ‘Big 4’ accounting firms.

Most importantly, Tanya was born, raised and resides in Western Sydney. She is passionate about advocating for the people of Western Sydney, who she believes are community-spirited, family oriented and hard working.

Through her work on the Two Blues Board, she is determined to ensure the Club serves the community of Western Sydney, and that the game of rugby unites the young and old from diverse cultural and racial backgrounds. 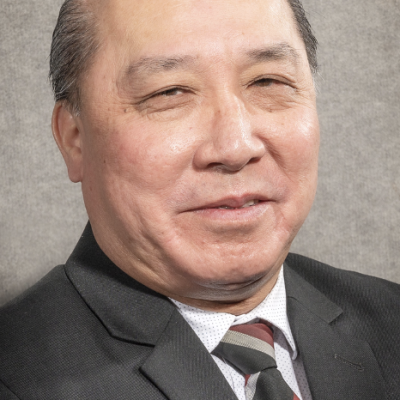 Wayne was born in Nausori, Fiji and is currently the Chief Financial Officer of the Merrylands RSL Club. Wayne attended school at Marist Brothers High School (Suva, Fiji) and holds a Bachelor of Business from Monash University. Wayne has represented Fiji in Lawn Bowls at the Pacific Games. 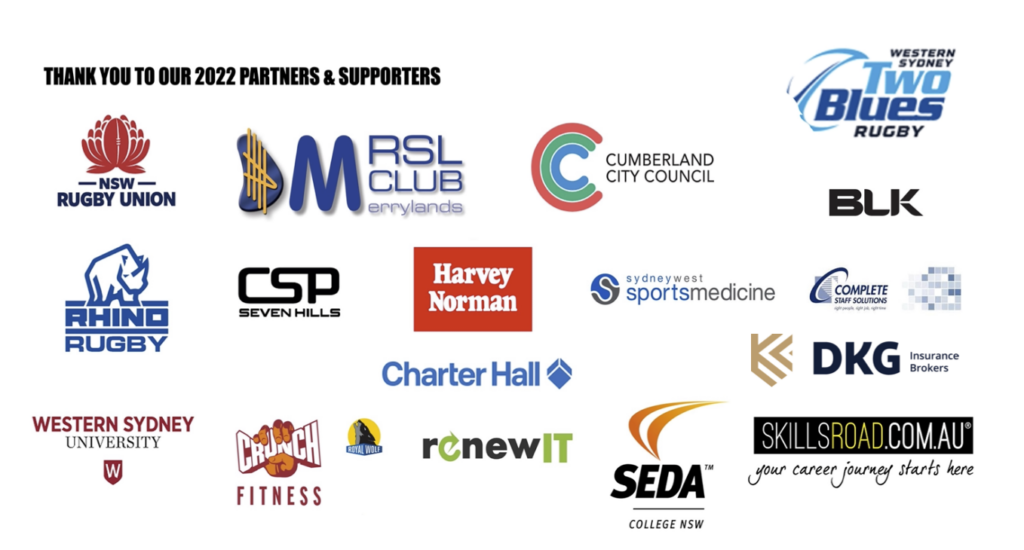